But Giuliani has also indirectly accused diplomatic missions in Eastern Europe of being used by Soros to attack opponents.

“Soros is the Republican Party’s No. 1 enemy.

He is an anarchist. He has established the DA to release criminals.

In Eastern Europe, he uses US embassies to defend his organization and to attack opponents.

Follow rudygiulianics.com on Wednesday this week, ”the Trump’s lawyer wrote on social media. 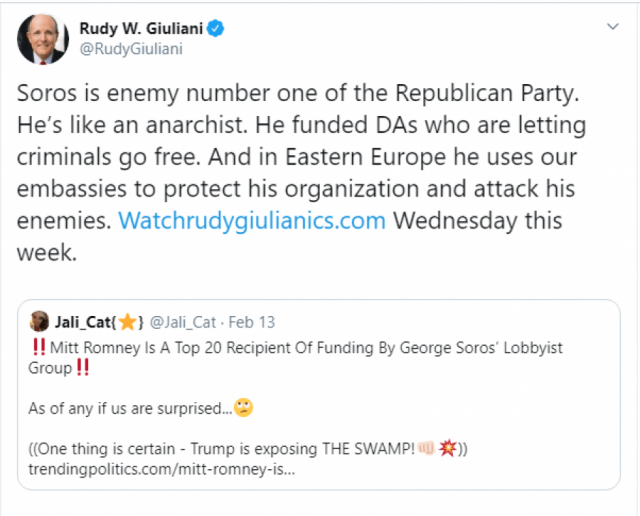